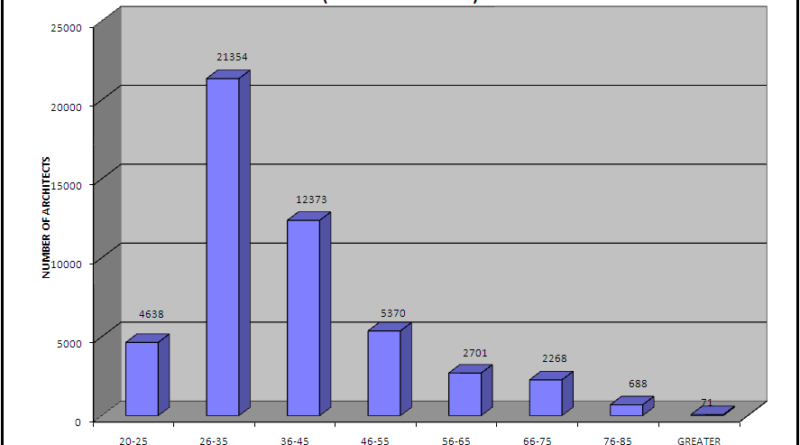 
HOW MANY ARCHITECTS ARE THERE IN INDIA TODAY?

WHAT IS THE RATIO OF MALE AND FEMALE ARCHITECTS IN INDIA?

An interesting fact is that while 35% of the male Architects are self employed, only about 17 % of female Architects are practising independently. This could be because the general perception about women Architects is that they are better suited to be interior designers and so people hesitate to approach a woman Architect for architectural services.
Among the female architects, the percentage that is working in the private sector has increased and is around 54%. This shows that, even though self-employed women architects are still a small percentage, there are many who are working as architects and have not given up on their careers.


TILL WHAT AGE DO ARCHITECTS PRACTISE IN INDIA?


HOW MANY ARCHITECTS ARE THERE IN THE STATES & UNION TERRITORIES IN INDIA?

The number of Architects in the different States and Union Territories of India, varies from just 1 in Lakshadweep to almost 11,000 in Maharashtra.


If you found this post useful, I would really love it if you pin it or share it. I have not blocked the site just because your ad blocker is switched on because I hope my content will be useful to you. But I am able to run this site only because of the ads. So I will be obliged if you turn off your ad blocker. Thank you!