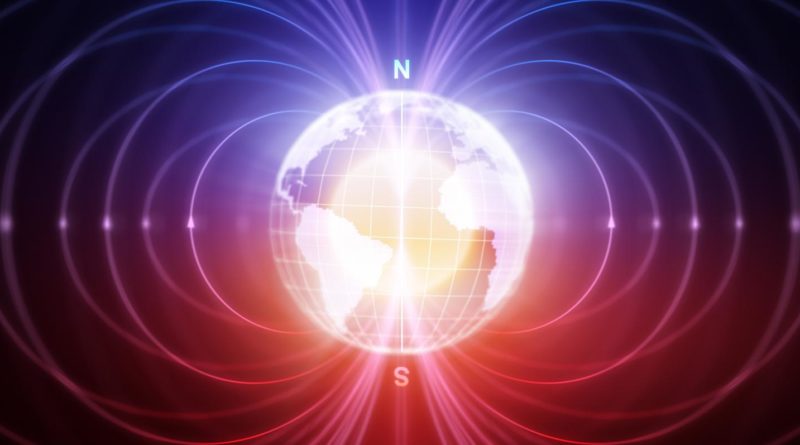 The Earth’s magnetic field is similar to that of a bar magnet with one pole near the geographic North pole and the other near the geographic South pole. The Earth’s magnetic field is mostly caused by convection of molten iron within the outer liquid core, along with a Coriolis effect caused by the overall planetary rotation, which organizes these “electric currents” in rolls aligned along the North-South polar axis. 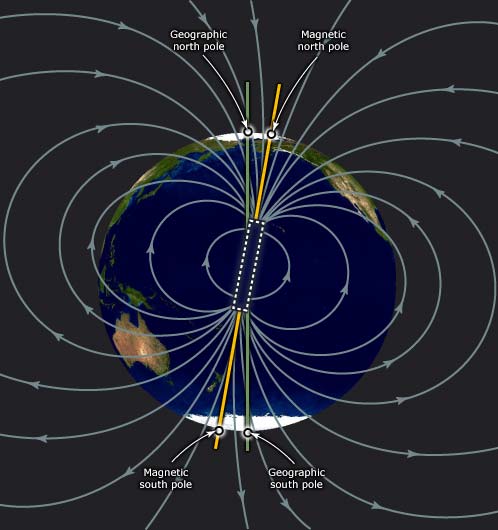 Vastu Shastra has a scientific basis.  It is therefore, worthwhile to understand the importance of these Vastu factors, their positive and negative effects on Man and how the positive effects can be used to advantage in the design of his dwelling. All this has been explained under the following headings.


HOW DOES THE EARTH’S MAGNETIC FIELD AFFECT LIVING THINGS?

It is scientifically known that the Earth’s magnetic field affects humans and animals in different ways because every cell within  them not only reacts to electromagnetic currents but also produces them. For example the Earth’s magnetic field could generate electric fields and currents around the heart and slightly impede the flow of blood.
Humans: Psychiatrists have noticed a correlation between increased geomagnetic activity and increased suicide rates and clinical depression. This has been explained by Kelly Posner, a psychiatrist at Columbia University in the US: “The most plausible explanation for the association between geomagnetic activity and depression and suicide is that geomagnetic storms can desynchronise circadian rhythms and melatonin production. The circadian regulatory system depends upon repeated environmental cues to synchronise internal clocks, and magnetic fields may be one of these environmental cues. Geomagnetic storms could disrupt body clocks, precipitating Seasonal Affective Disorder (SAD) and therefore increased suicide risk.”
Herd animals: It has been observed that cattle and other herd animals, such as red and roe deer apparently don’t just stand around randomly chewing the cud – they in fact behave like huge compasses, aligning themselves with magnetic north-south axis, as if involuntarily directed by the earth’s magnetic field lines to the poles.

Lobsters: have been shown to exhibit magnetic sensitivity, relying upon the earth’s magnetic lines to navigate.

Birds: Though it’s not conclusively proven, there is compelling evidence that birds can actually see the Earth’s magnetic field. Their eyes contain specialized light receptor molecules that communicate with the visual center in the brain, just as a compass relies on a tiny magnet to “tune in” to the earth’s magnet.

Baby sea Turtles: rely on the earth’s magnetism to make their way to and fro in the Atlantic Ocean (that’s 8,000 miles round trip). Their bodies tell them when they’ve strayed off course – it’s just like having an internal GPS.


WHY IS THE ‘EARTH’S MAGNETIC FIELD’ AN IMPORTANT VASTU SHASTRA FACTOR?

Though geomagnetic storms have a negative effect on humans, on the positive side, it has been observed that the stronger magnetic North pole (Earth’s geographic South) has a positive effect on the body while the magnetic South pole (Earth’s geographic North) has a negative effect. The reason for this has not been scientifically explained. But this effect has been likened to a shower. The shower head is symbolic of the  magnetic North pole’s energy. It is fresh, clean and powerful in its delivery whereas the magnetic South pole is similar to the drain. The grungy, spent water flows more slowly down a bigger opening. 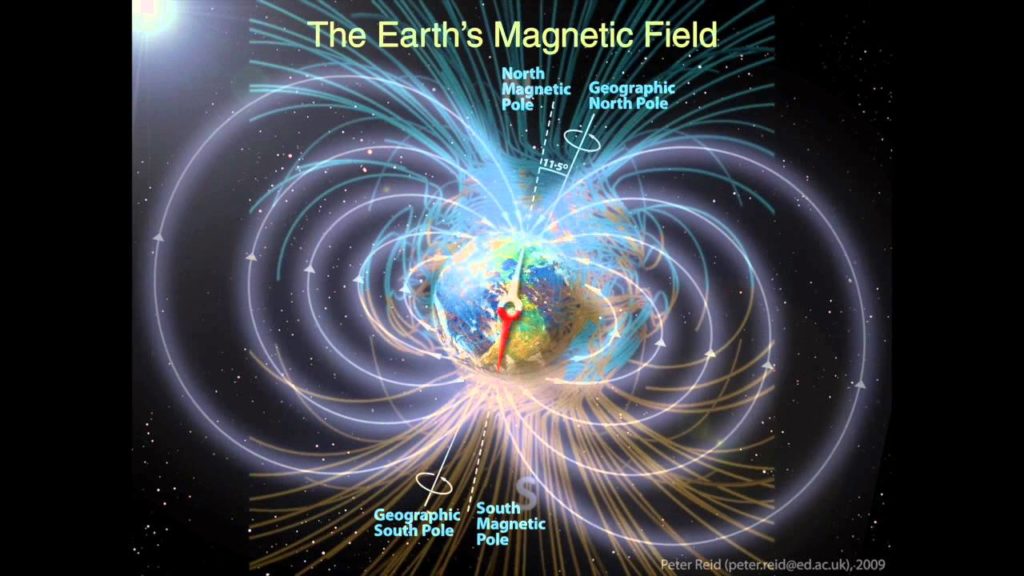 
HOW DOES VASTU SHASTRA TAKE INTO ACCOUNT THE EARTH’S MAGNETIC FIELD IN THE DESIGN OF STRUCTURES?

Some of the Vastu Shastra principles that ensure humans benefit from the positive effects of the Earth’s magnetic field are explained below. Since Vastu is a science, every guideline is based on logic and reasoning. As an Architect, I have attempted to explain these guidelines rationally and scientifically, so that you can decide what you want to follow and what you don’t. 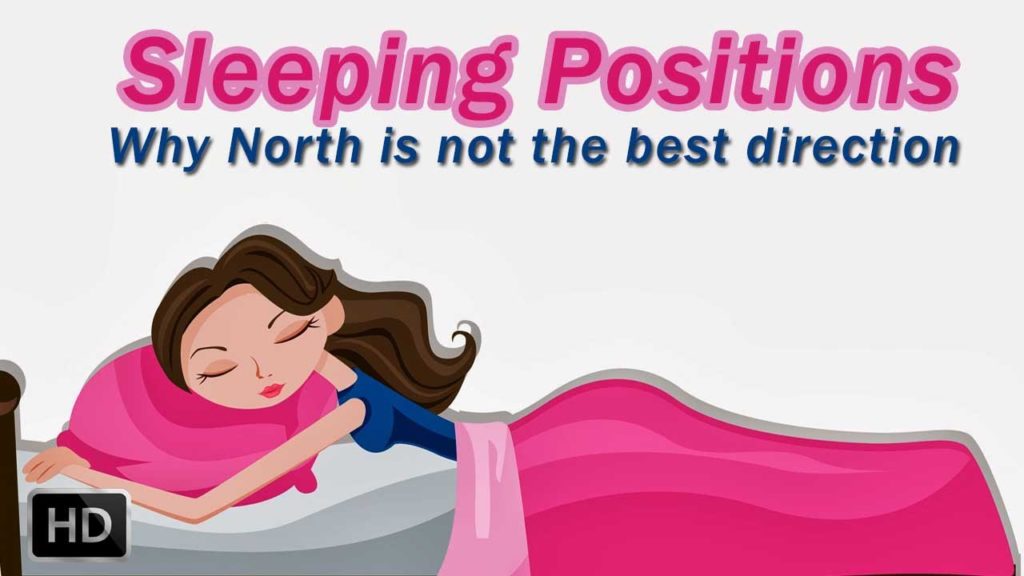 One should never sleep with the head in the North. In fact it was said that only a dead body should be allowed to lie with the head in the North. To make it easy for us  to remember, Vastu Shastra likened the Human body to a magnet with the Head as the North Pole and the feet as the South pole.  Therefore, if the head is directed towards the Earth’s North Pole, the two North Poles will repel each other and cause tension, disturbed sleep and other related health problems. So, the Vastu rule is that one should always keep the head away from the North while sleeping or sitting for long periods.  The Scientific Explanation – Since the Earth’s magnetic North pole (situated near the geographic South) is stronger and has a positive effect on humans, especially on their brains, one should always try to sleep or sit with the head in  the South. Also, because the magnetic South pole (located near the Earth’s geographic North) has a negative effect, we must avoid sleeping with our heads in the North.

When sitting at the dining table or in the living room, one should sit facing East, North or West but avoid sitting facing South: The Scientific Reasoning – When you sit facing South,  your head is effectively in the North and your feet in the South. So, this causes the negative effect described above.

In the Puja room avoid idols facing North because then the worshipper has to face South which is not advisable. The Scientific Reason – When a worshiper sits facing South, his feet are towards the South and his head is in the North. This causes the negative effect explained above.
This post was about the Vastu Shastra Factor, the Earth’s Magnetic Field and it’s effects on living things and their buildings.  Read about another Vastu Shastra Factor that affects us and our buildings, namely,