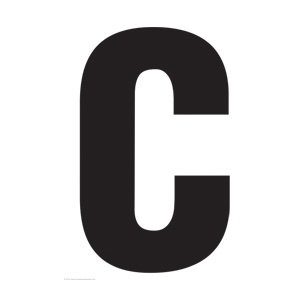 Campus – College or school grounds and buildings, a college or self contained division of a university.
Canopy – A covering hung over a throne or bed.
Canteen – Refreshment room.
Cantilever – Any structural part of a building that projects beyond its support and overhang.
Capital – Head or top part of the column.
Caryatid – Supportive column carved in the shape of a female figure.
Casino – A building with public dance halls, gambling tables.
Castle – Fortified house or fortress.
Cement – Anything that makes two bodies stick together, mortar, a bond of union.
Cemetery – A burying ground.
Centering – Wooden frame supporting an arch or dome during construction.
Chair – A moveable seat for one, with a back to it.
Chamber – An apartment, the place where an assembly meets.
Chancel – Choir and altar area of a church.
Chateau – A castle.
Chajja – A continuous sloping or horizontal overhang.
Chicago School – Number of architects in late 19th century Chicago who pioneered skyscrapers.
Chimney – A passage for the escape of fumes, smoke or heated air from a fireplace or furnace.
Chisel – Tool with the end beveled to a cutting edge.
Church – A house set apart for public worship.
Citadel – A fortress in or near a city.
City – A large town, town with a corporation.
Cladding – Protective screen or covering on the outside of a building. Shown below is a picture of brass cladding. 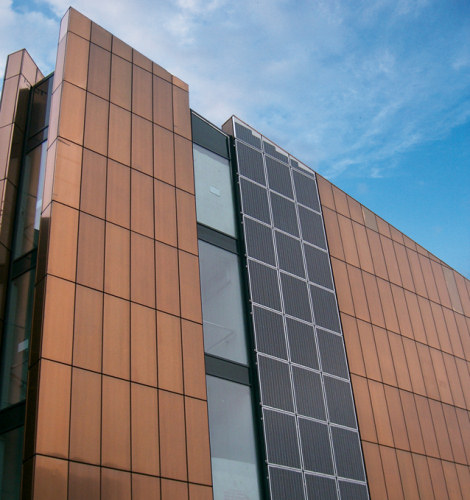 Clapboard – Overlapping horizontal boards protecting the outside of the house.
Classical Architecture – Form of style devised by the Greeks and Romans and revived during the Renaissance.
Classical Orders – Three main styles in the design of a column and its entablature: Corinthian, Ionic, Doric.
Clerestory – Wall above supportive columns that is pierced by windows.
Client – One who employs a professional advisor
Cloisters – Roofed passage between a chapel of a monastery and the monks quarters
Closet – A small private room.
Club – An association of persons for social, political athletic or other ends.
Cluster – A group or crowd.
Coffer – Decorative recessed panel in a ceiling.
Collar – Horizontal beam in a timber roof linking the rafters and so forming an A shaped truss.
Colonnade – A range of columns placed at regular intervals: a similar row, as of trees.
Colony – A body of persons who form a fixed settlement in another country.
Column – A long, round belly, used to support or adorn a building.
Combustible Material – A material, if it burns or adds heat to a fire which tested for combustibility in accordance with good practice.
Campanile – Freestanding bell tower particularly in Italy.
Complex – Composed of more than one or many parts.
Compound – An enclosure round a house or factory.
Condominium – Joint sovereignty.
Console – A bracket to support cornices.
Construct – To build up, to compose, to draw.
Constructivism – Post World war 1 Russian art style emphasising abstract aspects of composition and design using industrial materials and methods.
Consultant – One who gives professional advice.
Contract – To undertake by agreement.
Conversion – The change of occupancy to another occupancy or change in building structure or part thereof resulting in to change of space or use requiring additional occupancy certificates.
Coping – Protective capping or covering on the top of the wall.
Corbel – Brick, stone or wood block projecting from a wall to support a beam or slab. Shown below is a picture of stone corbel.

Corinthian Order – Most complex -most decorated of the Classical orders.
Cornice – Projecting moulding running along the top of a building, an arch or a column.
Corridor – A passage way
Cottage – A space permanently open to the sky enclosed fully or partially by buildings and may be at ground level or any other level within or adjacent to the building.
Covered Area – Ground area covered immediately above the plinth level covered by the building but does not include the space covered by:(a) Garden, rockery, well and well structures, plant nursery, water pool, swimming pool(covered), platform round a tree, tank, fountain, bench, chabutra with open top and unenclosed on sides by walls and the like;(b)Drainage culvert, conduit, catch-pit, gully-pit, chamber, gutter and like; and(c)Compound wall, gate, slide, swing, canopy, area covered by chhaja or alike projections and staircases which are uncovered and open at least on three sides and also open to sky.
Cross Vault – Arch made by two barrel vaults at right angles to each other, meeting in the middle. Also known as groin vault.
Crucks – Pairs of large curved beams used as the principal framework members of English houses until the 16th century.

One thought on “Architectural Dictionary | C”