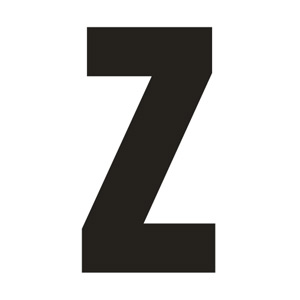 Use this comprehensive, illustrated, easy-to-understand dictionary to find the meanings of terms related to Architecture, Buildings and Construction.

Zalutite – Aluminium-zinc coated steel sheet.
Zax, slater’s axe – A tool with a straight flat blade like a butcher’s chopper, with a point projecting from the back. It is used to cut slates or punch nail holes. 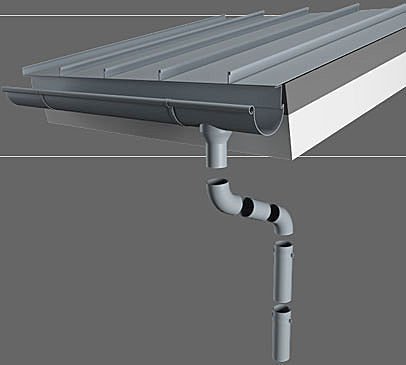 Z-bar, Zee-Bar (USA) – A Z- purlin
Zeolite – Minerals used in water softeners that function by base Exchange.
Zinc Chromate Primer – A deep red metal primer for steel, usually a two-part product, containing phosphoric acid to etch the surface and react with resins in the medium.
Zinc Oxide – A white pigment which can block ultraviolet and prevent chalking in paints.
Zinc Phosphate Primer – A general metal primer for steel that protects against water and oxygen by the barrier effect. The zinc phosphate is not an inhibiting pigment; so all rust must be removed before painting.
Zinc Rich Paint, cold galvanizing – A paint that is almost entirely zinc metal, in the form of very fine dust, with only a small proportion of liquid synthetic resin to act as a binder. It is not as hard or firmly attached as galvanizing, but is easy to put on by brush or spray. It is used as a complete protective coating on steel, for touching up damage to galvanizing, or as metal primer
Zinc Roofing – Supported sheet metal roofing of solid, plain zinc sheet that was popular in France and Europe until recently. Atmospheric pollution, against which efforts are being made, shortens its life in cities. In the country it may last fifty years or more.
Zinc Silicate Primer – A high performance metal primer used on bare steel after wet blast cleaning.
Zipper – A stiff rubber strip pushed into a groove in the face of a gasket glazing so as to tighten its hold on the glass and make an airtight seal.
Z- purlin – A steel purlin shaped like the letter Z, formed by folding galvanized sheet. It is used in factory and warehouse roofs.