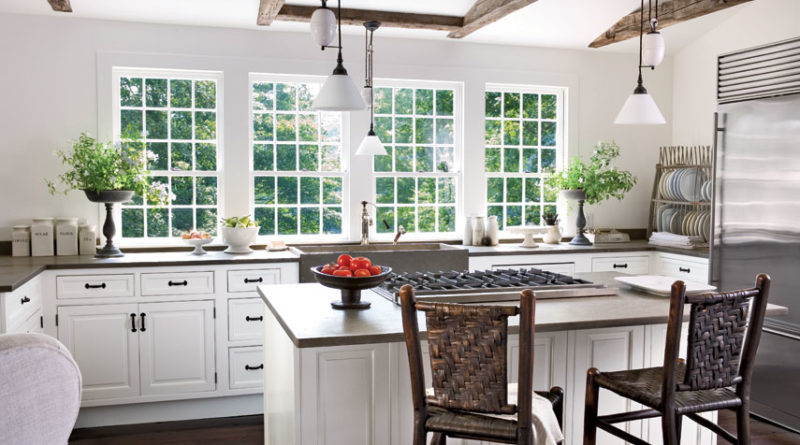 The Kitchen is an extremely important part of the house, where healthy and nutritious food for the family is prepared and cooked. Raw and uncooked food is transformed into delicious meals, which provide ‘energy’ to the family. Sometimes, the family eats in the kitchen itself. 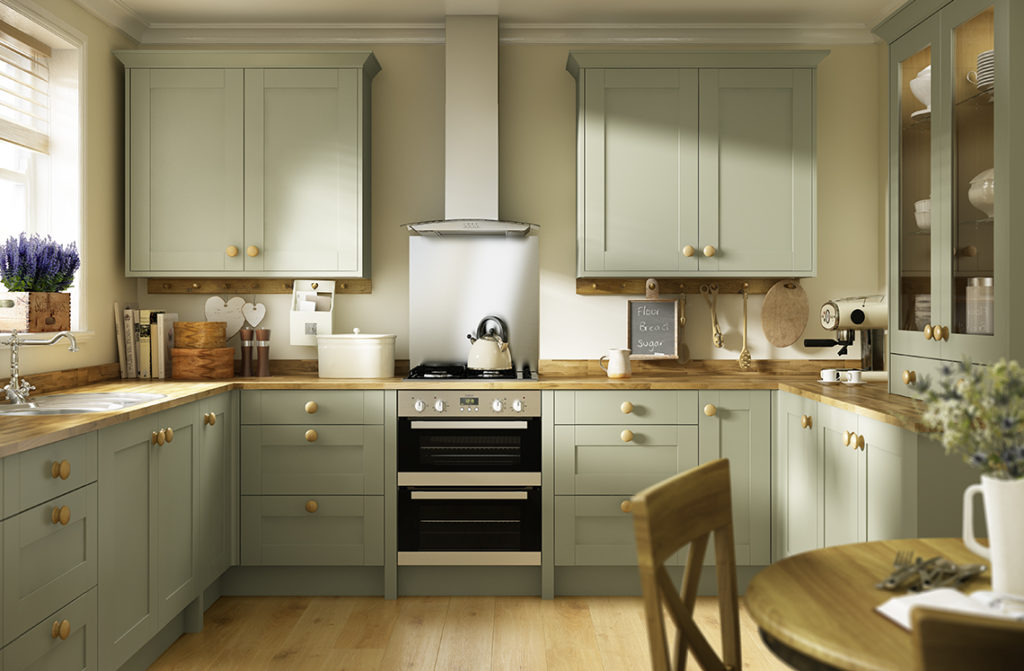 So how can this be achieved? According to Vastu Shastra, the right placement of the kitchen, the door to the kitchen, the fixtures, lighting and the colours can ensure that the Kitchen becomes a positive space. To know more about making your Kitchen a vastu compliant space, read on…..

Listed here, are some of the Vastu Guidelines for a Kitchen. In ancient times, many activities like cooking, washing of utensils and pre-preparation of food were done outside. Hence Vastu guidelines were primarily based on the Sun and the main wind directions. However today, the Kitchen has become a compact, efficient, safe and easy place to work in and so the planning is different. Yet, some of the vastu principles still hold good.

Since Vastu is a science, there is logic and reasoning behind every guideline. As an Architect, I have attempted to explain each of these guidelines rationally and scientifically under the following headings. This way, you can decide what you want to follow:

WHAT ACCORDING TO VASTU, IS THE BEST LOCATION FOR A KITCHEN?

Kitchen is best located in the South-East or North-West: The Scientific Reason – In earlier times, when the cooking was done on open stoves outside the house and combustible building materials were prone to catch fire, the cooking fire was preferred in the S-E corner or the N-W corner, where the hot summer wind, blowing from the S-W to the N-E direction could not cause damage by carrying sparks.

Avoid the Kitchen in the North-East : The Scientific Reason – Since the constant, morning sunlight enters from the North and East sides, these areas are reserved for a Meditation room and a Living hall from which all other spaces open. Hence it is a waste to have a Kitchen here. But if by chance the kitchen is located in the wrong position, there are remedies which you can read about in my post Remedies for North-East defects.


WHAT ARE THE PRACTICAL REMEDIES FOR THE KITCHEN IN THE NORTH EAST DEFECT?

Kitchen in the North-east is considered a defect and should be avoided. The preferred position for Kitchen is the South-East. The Scientific Reason – Since the constant, morning sunlight enters from the North and East sides, these areas are reserved for a Meditation room and a Living hall from which all other spaces open. Hence it is a waste to have a Kitchen here. 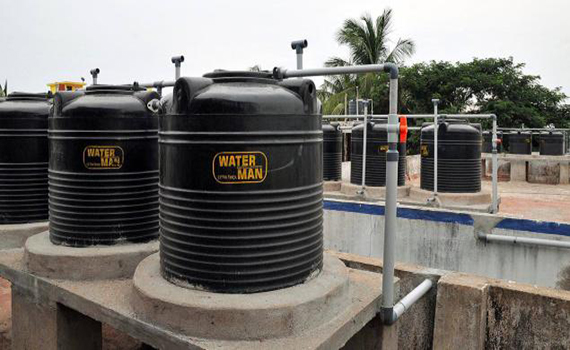 WHAT ARE THE BEST VASTU POSITIONS FOR THE DOOR AND WINDOWS IN THE KITCHEN?

The door to the Kitchen should be in the North, East or North-East: The Logic – In a South-East kitchen, it makes sense to have an L-Shaped counter on the South and East walls for efficient use of space. Therefore, the entrance can be only from the North or West walls. Since the Living and Dining areas are in the Northern part of the house, it is natural that the door to the Kitchen should be from the North side.

The door should open clockwise: The Logic – Most of the population being right handed, it is easier to open the door in a clockwise direction when entering into the Kitchen.

The larger windows should be in the East: The Scientific Reason – The early morning sunrays are very beneficial to health and the UV rays of the sunlight kill germs. Hence the morning sunlight should be allowed into the house, especially in the Kitchen where germs thrive and multiply. Moreover, the sunlight is good for the health of the person who is busy in the kitchen in the mornings and doesn’t have the time to go out and get exposed.

Additional smaller windows can be in the South, for cross-ventilation: The Scientific Reason – In a Kitchen, where there is a lot of cooking fumes and odours, cross ventilation will ensure that the hot air and fumes exit out of the house and are replaced with fresh cool air from outside.


WHAT ARE THE VASTU GUIDELINES FOR THE POSITION OF THE COOKING STOVE?

The cooking stove should be in the South-East corner of the Kitchen: The Logic – In a South-East kitchen, it makes sense to have counters running on the South and East walls, for proper and efficient use of the space. Naturally the S-E corner becomes suitable for the main kitchen appliance, namely the Stove,  as the rest of the counter space can be used for preparing and cleaning food to be cooked.

One should cook facing East: The Scientific Reason – Since the women get tied down with kitchen chores from early morning, they don’t get a chance to get exposed to the useful morning sunrays. So the best solution, is to force the women to cook facing East so that they can benefit from the sunlight falling on them.

The cooking stove should not be visible from the outside: The Logic – One feels uncomfortable to cook if people can see you from outside. Hence a little privacy helps.


WHAT ARE THE VASTU GUIDELINES FOR THE POSITION OF THE KITCHEN SINK?

The Kitchen sink should be in the North-East: The Scientific Reason – In earlier days, when there was no running water and water for washing purposes was stored in open vessels, it was preferred in the N-E corner where the morning UV rays would kill the germs and keep the water and the whole area purified. So this rule is not a hard and fast rule.

The Kitchen sink and cooking stove should not be close to each other: The Logic being, fire and water do not go together.


WHAT ARE THE VASTU GUIDELINES FOR THE FIXTURES IN A KITCHEN?

The kitchen counters should preferably be on the East and South East walls: The Reason – Since morning sunlight is maximum from the East and the South-East, it makes sense to have the counters in these directions as the person preparing food will spend a lot of time facing these directions.

An L-shaped counter along the SE walls is ideal: The Reason – An L-shaped wall is the most efficient to work with.

The refrigerator should be in the South, West, South-West or North directions of the Kitchen: The Logic – Since the counters are fixed on the East and South-East walls of a S-E kitchen, the corners available for appliances like a refrigerator, are the N-W , West or the S-W corners.

The exhaust fans should be in the East walls: The Logic – Since the cooking is done in the S-E corner, while facing East, it is obvious that the exhaust fan or chimney should be placed here.

Drinking water/water purifiers should be kept in the North, North-East of the Kitchen: The Scientific Reason – When water is to be stored, it is better to have it in the N-E corner where the morning UV rays can kill the germs and keep the water purified and clean for consumption.


WHAT ARE THE VASTU GUIDELINES REGARDING STORAGE IN A KITCHEN?

Avoid overhead storage above the cooking stove: But it is useful to have overhead storage in the rest of the areas. The Logic – The space above the stove should be left open or fitted with an exhaust system (like a chimney) for the fumes to dissipate. Otherwise there is the likelihood of the overhead cupboard catching fire. Also cleaning the cupboard, shelf etc will be quite difficult as it will be covered with oil and grease.

WHY IS IT RECOMMENDED IN VASTU, THAT ONE SHOULD EAT IN THE KITCHEN?

The Kitchen is the best place for the daily meals: The Logic – In earlier days, the lady of the house first served the meal to the rest of the family before eating herself and so it was convenient for her to make hot food and serve it right there instead of making it before hand and then transferring it all to the Dining room. Moreover, there is a charm in watching the lady cook the food right in front of you. The anticipation of the food makes it taste better and worth the wait.

The dining table should be in the North-West or West and not in the centre of the Kitchen: The Logic – If the Dining table is placed in the kitchen, it is best to keep it in a free corner, where there is less activity and the ideal place for that in a S-E kitchen, is the West or North-West corner. If it is placed in the centre of the room, it will be an obstruction in movement and the efficient use of the kitchen.


WHAT COLOURS DOES VASTU RECOMMEND IN THE KITCHEN?

The colour of the Kitchen walls: It is good to have a lot of green colour in the kitchen. For example green granite for flooring or green pictures, as this helps improve the appetite of the family members, Other suitable colours are soft pink, yellow and orange. The Logic – Studies have found that the color of a food can greatly affect how its taste is perceived. Some colours are thought to be stimulating, like the bright yellows and oranges at fast-food outlets that are intended to make you eat more, while others are thought to be soothing, like the greens of a rainforest.

So now you can see how important it is to enhance the positive energy in a Kitchen through design. Since the kitchen is adjacent to the dining room and store Room and leads to the kitchen backyards, it is important that these spaces too are designed in such a way that they are full of positive energy.  Read about them here:

For a concise Vastu guide and evaluation of your Kitchen and Kitchen Backyard, please refer to the post on my blog: House construction in India

If you want to make the rest of the rooms of your house/apartment Vastu compliant, then go to:

The Vastu Guidelines are very similar to the guidelines used by modern Architects in designing a house. To read about an Architect’s guidelines on the Design of a Kitchen, go to: 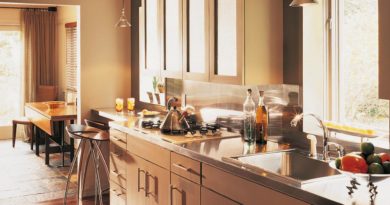 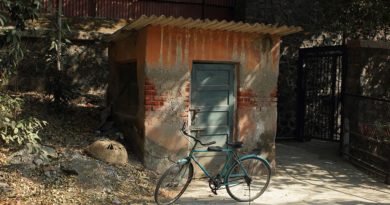 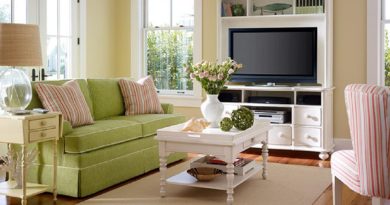