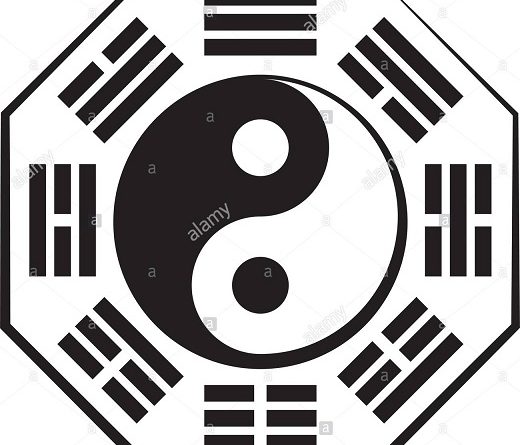 The eight Yin-Yang energies have been described in detail here under the following headings:


WHAT ARE THE EIGHT YIN-YANG ENERGIES IN FENG SHUI?

The balance between ‘Yin’ and ‘Yang’ creates different types of energies – either a predominantly Yang energy or a predominantly Yin energy. There are eight different types of Yin-Yang energies. Each of these is represented by a Chinese name and a “trigram” – a group of three lines, that illustrates its Yin-Yang balance. (Due to their tripartite structure, they are often referred to as “trigrams” in English).

Each Trigram consists of three male or three female lines, or a combination of male and female lines, to form the eight possible ‘trigrams’ which represent the eight Yin-Yang energies. These Yin and Yang representations are stacked three high and are viewed from the bottom up. When a trigram has only one Yin line in it, than it is female (Yin) energy, and when it has only one Yang line in it, it is male (Yang) energy.


EXPLAIN THE EIGHT TRIGRAMS THAT REPRESENT THE EIGHT YIN-YANG ENERGIES.

The three by three matrix, shown below, is called the Eight Trigrams diagram.  Within the Trigram structure is a wealth of information. Each section stands for a specific Yin-Yang energy in a specific compass direction and is represented by a Chinese name, a trigram, the individual quality of the energy and a number. Each one is also linked with a special member of the family, a colour, a season, a symbol and an element.

It is essential to understand the characteristics of the energy associated with the eight basic trigrams, when applying Feng Shui principles to your home. Their qualities can then be used to your advantage.


GIVE A BRIEF SUMMARY OF THE INTERPRETATION OF THE 8 TRIGRAM CHART?

DIRECTION: Each trigram has a corresponding home direction. As with Yin and Yang, South is indicated at the top. North is at the bottom.

ELEMENTS: Each of the trigrams has an elemental relationship and is associated with wood, metal, earth, fire or water elements. There is a distinct pattern to the elements and the rest of the 8 Trigram chart. For example the soft metal and the soft wood relate to the female trigrams, while the hard metal and hard wood refer to the male trigrams. These elements can interact productively, reductively or by dominating one another.

NUMBERS: The numbers in the 8 Trigram chart represent perfect balance.  Summed in any direction they total 15.  This is often referred to as the “Magic Square.”  These numbers are not fixed, but change location with time.  The pattern of the number ascension remains the same; Center, Northwest,West, Northeast, South, North, Southwest, East, Southeast.

FAMILY MEMBER: Originally, the Trigram was  considered a symbolic representation of the Family nucleus e.g. made  up of the Father, Mother, Elder Son, Middle Son, Younger Son, Elder Daughter, Middle Daughter and Younger daughter. When a trigram has only one Yin line in it, than it is for a female family member.  When the Yang line is alone in a trigram, it represents a male family member.

BODY PART: The Body Part indicates the area of the body that might be susceptable to problems if there is a problem with qi in that area.   For example if in a bedroom Xun (wood) dominates Gen (earth) then the person spending time in the room might be susceptable to back aches or problems with their fingers or small bones.  By introducing the proper elemental remedy, this problem will be eliminated.

GROUPINGS: The trigrams are grouped into two distinct groupings.  The East Group contains all the wood, fire, and water trigrams.  The West Group contains the Metal and Earth trigrams.  People who are of a particular group (example West) find houses that have a sitting orientation to the same group (again West) more comfortable than those houses belonging to the opposite group.  Similarly, East Group people are more comfortable around East Group people.  The groupings for People can be determined by which solar year your birth date falls under.  This is discussed in the post Personal Directions.  The groupings for Buildings can be determined by the orientation of the building.

It is a tool for calculating the attributes of a building, not a general overlay to be used on a floor plan.  Additionally, the trigrams hold the keys to understanding the who or what is effected by the Feng Shui of a building.  Even beyond that, certain personalities can be found in the trigrams relating to both people and their buildings.

The Yin-Yang energy in each trigram has particular qualities that make the sector more suited for certain activities.   Similarly, each trigram is most suited for particular members of the family. So, when applying this knowledge to your home, you can ensure that each member of the family gets to spend most time in the sector that is best suited for him/her and the rooms can be arranged such that the various qualities of the energy of that sector are optimised. All this has been explained in:  Feng Shui | Best Personal Directions

This post explains the eight Yin-Yang energies and how each of these energies is associated with one of the eight cardinal directions in the Eight Trigram Chart. This chart is drawn in the form of an octagonal map called the BAGUA (‘Ba’ means eight (8) and ‘Gua’ means trigram) and has been explained in detail here: 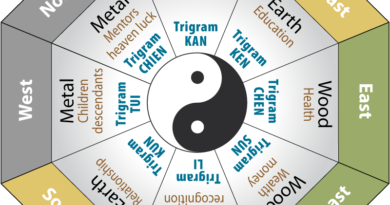